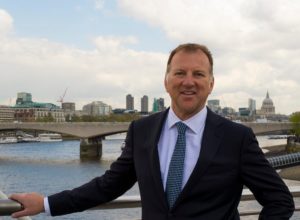 Just two years after announcing a company-wide rebranding for Magnuson Hotels at the 2014 AAHOA conference in Philadelphia, CEO Tom Magnuson is watching his company reap the benefits. Magnuson has doubled the number of hotels in its portfolio over the last two years and expects to have properties in every state in the next 36 months. The company also has its eye on global growth, having formed an alliance with China-based Jin Jiang, the largest hotel operator in the country, and Louvre Hotels, Europe’s largest operator. They currently have more than 300 properties contracted in Europe. Magnuson took some time at this year’s AAHOA conference in Nashville to chat with LODGING about what he sees in the future for Magnuson and the hotel industry in general.

You have so much going on in the company right now. Are you concerned that some are saying the current cycle has peaked? We have never operated according to cycles—it’s always been our premise that you’ve got to bootstrap it. If you’re an owner/operator, you’re also an entrepreneur, and entrepreneurs have to bootstrap through any type of storm. The goal is for our owners to be profitable even in the worst of times. That way, when the economy is good and hoteliers are able to scale out, net profits are so much larger.

Also, even with all the focus on cycles, there are other factors at play. For example, who could foresee the crash in oil a year ago? Who could foresee Brussels and Paris? You can talk about cycles all you want, but if one shoe drops and that’s oil and another shoe drops and that’s terrorism, all the cycles are out the door. Owners need to pay attention to their own businesses and corners of the market. Think about the macros, and be aware of them, but really focus on the smaller picture and a hotel will be OK.

With so many hotels in the pipeline, how are you going to maintain your existing hotels? Will there be lots of PIPs to keep everyone on the same page? Our approach to PIPs is a little different in that they’re market-based rather than brand-based. Brand-based PIPs can force unnecessary renovations on hoteliers in the interest of keeping things uniform, and that can be unfairly taxing for hoteliers. We feel that an owner usually knows what’s good for her market and what we do is help her get to where she wants to go. We’re more into encouraging than mandating. We will often ask our hoteliers what works for a particular property, and once it’s explained to us, the response is typically, “If you know what works, pour gas on it and light it on fire. Accentuate that.”

What has you most excited in lodging right now? Contrary to most brand leaders, I always love upheavals in distribution. I love the chaos of distribution, because competition is good for everybody. It brings forth transparency, and I like to see the transparency because it’s good for consumers and it’s good for hotel owners. In that same vein, I also think economic turbulence can be a positive performance driver for hospitality companies.

Speaking of distribution upheaval, what do you think about the Marriott/Starwood merger? I really admire people who bet the farm. And Marriott is a great company and Starwood is a perfect match and it’s a breathtaking move. At Magnuson we always ask, “What are you up to today?” And the typical answer is, “Global Domination, same thing every day.” To see other companies—like Marriott and Starwood—actually going for that… it’s breathtaking. We wish them the best. They’re good players, and I’m sure they’ll be even better players together.