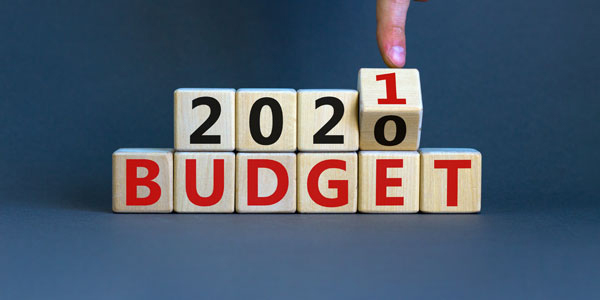 Yesterday’s Budget statement from Chancellor Rishi Sunak has been largely welcomed by members of the hospitality sector, however many say the support does not go far enough and more needs to be done to ensure the long-term sustainability of the industry.

Sunak yesterday announced that as part of the Budget 2021 plans to extend the business rates relief for three months until the end of June. The rest of the year, rates will be reduced by two thirds, up to the value of £2m for closed businesses and a lower cap for those who have been able to stay open.

Whilst this scheme was deemed a positive step for the hospitality sector, key figures said it fell short of the 12-month business rates holiday that the industry had been campaigning for.

David Morgan-Hewitt, chairman of the Master Innholders and managing director at The Goring in London said the rates relief must continue for at least 12 months as many hotels will not have a return to profitable levels of business for ‘some time’.

“The Chancellor has addressed the issue of business rates but we would like to have seen him go further. Hotels have large footprints and therefore very large business rate bills. Many hotels will not have a return to profitable levels of business for some time to come and a full 12-months continuation of the business rates holiday would have been very welcome indeed especially to city centre hotels.”

“Going forward we believe it is important to for Government to provide financial assistance in a much more targeted manner across our sector and move away from more broad-brush policies. Our members who run country house hotels will undoubtedly see a significant rise in their businesses as the number of staycations increases – which is extremely welcome. Unfortunately, our city centre hotels (and particularly those in London) face a very different and more difficult year ahead of them. We would ask the Chancellor to help revitalise the cities and support those hotels who will struggle from the acute lack of international travellers for many months to come.”

Tom Magnuson, CEO of Magnuson Hotels agreed, saying the measures did not go far enough to protect the longevity of the sector devastated by the pandemic get back on its feet. “While the UK government has acknowledged the critical role hospitality will play in the economic recovery, more needs to be done to support the UK’s 4th largest employer,” he says. “It is disappointing that the issues of business rates and back rents were not fully addressed and will leave many, particularly in the independent sector, concerned for their future.”

Raphael Herzog, Chair of the Bristol Hoteliers Association, said his members welcomed the support extensions confirmed by the Chancellor but warned that further support may still be needed as the nation slowly returns to normal. He said: “The budget was satisfactory overall for us. It was, of course, a welcome relief when the Chancellor confirmed extensions to the furlough scheme, business rates holiday and VAT reduction. “But we had hoped that these would remain at their current levels for the next 12 months in order to help us fully recover from the impact of the pandemic. We rely on large companies and travel for corporate business and meetings and still have concerns about whether this element of our business will be ready and willing to return to us in September.”

It is worth noting that in both Wales and Scotland the business rates holiday has been extended in full for another 12 months until April 2022. Sunak also recognised in his Budget statement that hospitality had been one of the sectors hardest hit and as a result would be extending the 5% VAT cut for hospitality and tourism businesses until September 30. From then, an interim rate of 12.5% would be introduced for another six months, with the usual 20% rate not returning until April next year.

The Cut Tourism VAT Campaign says that the Chancellor’s decision to extend the reduction of VAT for a further six months will help the industry start to get back on its feet and begin trading again, but increasing it back up in October to 12.5% ‘does not solve the problem’. As a result, the campaign will be making a case to the Chancellor to keep the 5% VAT for hospitality businesses beyond the end of September and permanently.

Stephen Gow, general manager at The Chester Hotel agreed. “The continuation of the VAT reduction to 5% for six months to the end of September is a welcome measure and the proposed staged increase of VAT will be of assistance,” he explains. “An extension of the 5% until at least the end of the year would have given businesses a more stable platform from which to plan operational and financial recovery.”

“It was hopeful that VAT at 5% would be extended for the full year 2021/22, since many businesses will only be able to avail of this concessionary rate for three months at best.”

“The Chancellor has instead opted to raise the rate of VAT at the end of September to 12 1/2 %. Whilst this seems a curious and perhaps arbitrary figure, it is in fact very close to the normal rate of VAT on hospitality throughout the European Union, our closest competitors. The third cheer will come if this is established at next year’s budget as the appropriate rate of VAT for hospitality from now on.”

Both measures however, were broadly welcomed by the hospitality sector, in what was overall seen as a ‘good news day’ for the industry.

“I can hear the collective industry sigh of relief across the land. Thank you, Rishi!” Sue Williams, general manager at Whatley Manor.

The VAT extended 5% rate will be so fulsomely welcomed by all, also the sliding scale for the next 12 months a very welcome approach. I was especially pleased to see all the initiatives around recruitment, apprenticeships & Kick Start measures. If we as an industry use these measures, in line with embracing the Hoteliers Charter, it could be such a positive time for bringing new talent to our industry. It is a good news day for hospitality.”

Nicholas Davies, hotel manager at The Langham and chairman of St Julian Scholars, added: “Overall, we are pleased with the support given to the hospitality industry, there was some nice surprises, not only the furlough extension but the 2/3 business rates reduction from June and the phased increase in vat. The duty freeze is not so significant, but every penny counts!”

Furlough has been extended until September which will bring a sigh of relief to many hospitality businesses relying on the scheme to retain staff. There will be no change on the terms until July. Employers will then be expected to pay 10% towards the hours their staff do not work in July, increasing to 20% in August and September, as the economy reopens.

Kenneth Speirs, hotel director at Lime Wood said: “While today’s budget has given assurance of continued support in terms of Furlough extension and reduced VAT to September. It also feels no sooner will hospitality be given the green light to reopen, when repayment of the debt will start. Perhaps too soon for many businesses to be able to operate unsupported.”