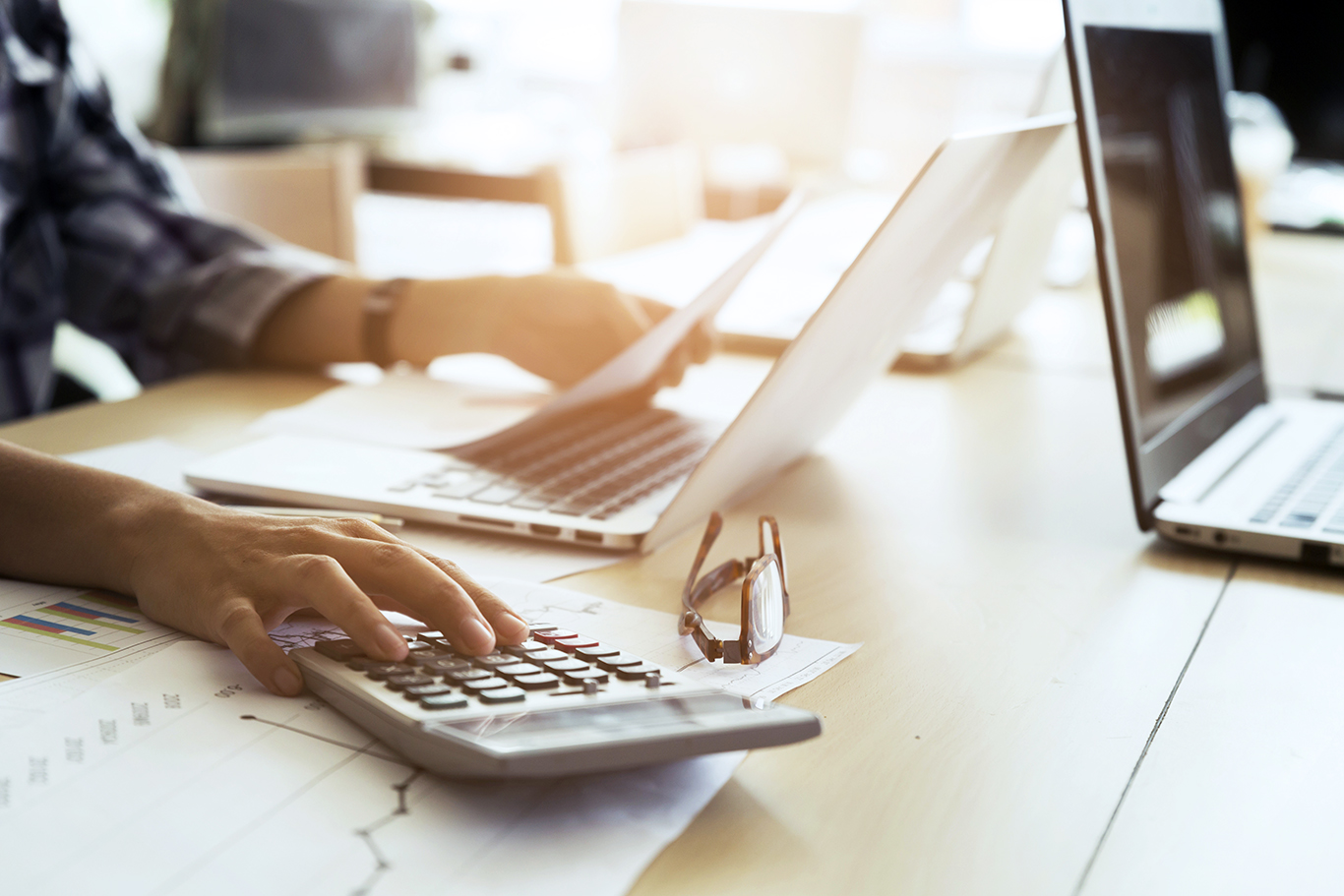 We can trace brand standards and the standardization of hotel rooms back to the 1950s upon the introduction of the interstate freeway system across the US. It was post World War Two and President Dwight Eisenhower decided to completely network the US to create jobs and spur commerce. With this system came an increase in travel and the impetus for the birth of standardizations and chains.

At the same time, Kemmons Wilson (the founder of Holiday Inn) was visiting Florida on a road trip with his family. After staying at several motels of uneven quality, Kemmons realized that somebody needed to create a way for travellers to know exactly what they were going to get. Kemmons started Holiday Inn and standardization, Hilton then industrialized it globally on a magnificent scale.   The mid 20th century concept of mass marketing was finding its feet, telling you which toothpaste to use or car to buy.

But from 2000 onwards, the internet unraveled the concept of mass marketing standardization, creating an age of consumer independence via personal choice.  Now we could get what we want, not what we are told to have.

Upon this rise of the freedom of personal choice via technology, Airbnb enters the travel industry in 2008 as an outsider, called ‘alternative lodging’ and becomes the largest hotel chain in the world in 10 years. Driving its success is the power of consumer choice for what we want, not what we are told to have. Today, over 50% of first time Airbnb users will never stay in a standardized experience again. Travellers are far more educated and sophisticated than they were in the 1950s.

In the US, the hotel industry became a mature market; with 2019 reflecting the slowest RevPAR (revenue per available room) growth since 2008. Not reflected in USA hotel industry statistics is the rapid supply growth of Airbnb listings, 660,000 in the USA. That’s approximately 1.3 Million rooms, which equals 25% of the US hotel supply.

With supply increase comes loss in pricing power and rising costs including labour and energy, now especially heightened by the current (2022) US inflation rate of 7.5%, the highest since 1982.

COVID put more pressure on the hotel owner in terms of downwards pressure on pricing. At the same time, the oligopoly of the publicly traded brands continues driving the concept of perpetual brand standardization.

What does this mean to hotel owners who bear the cost of brand standardization or a PIP? A PIP (property improvement plan) is a franchise action plan, a mandate for hotel owners to bring their property into compliance with brand standards at their expense.

From the below table, we can see that a midscale US hotel/motel at average performance generates  10-year revenues of $10 Million with a net operating income of $2.2 Million. But after operating costs and related franchise/brand standardization costs, that $2.2 Million net becomes a loss of over $13 Million.

What happened to the promise from the largest publicly traded hotel chains that brand affiliation was a profitable guarantee for financial success? Have hotel owners and their hotels become indentured servants, nothing more than Uber drivers bearing the costs to drive corporate profits?  We doubt that there’s enough new revenue in any market for hoteliers to sustain this expense. 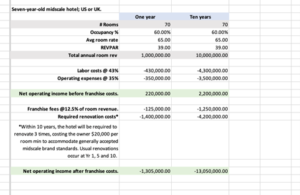 Back in the 1990s, my family built a new hotel in Wallace, Idaho, a Western mining town turned ski and snowmobile destination. To attract business, it was branded with a top hotel franchise chain.

Four or five years after opening, our hotel achieved a perfect 1000-point inspection score, attaining an award from the brand’s Board of Directors. But even though we were one of a handful of national hotels to achieve a perfect score, we were sent PIP mandates and directed to standardize. If we did not, the contract would default against us, resulting in significant liquidated damages.

Because of the Western mining town location, and our ski and snowmobile market base, our focus was differentiation and individualism tailored toward customer satisfaction and therefore economic performance. But that was at odds with the standardization model.

Hoteliers need to make decisions based upon customer base, market and guest satisfaction in a manner that can drive a profit.

For example, if your hotel is in a ski resort area or a beach town, there will be a certain kind of wear and tear on common area carpets related to the local environment.  If you have a lot of mountain bikers, you need carpets with heavy patterns that hide bike tracks when people bring expensive bikes back to their rooms. You might want to install synthetic tops on bathroom sinks, but the brand will require granite.  In these cases, no matter how much you spend, chains will require these elements to be ripped out and replaced with furnishings and fixtures deemed as brand compliant.

A current example can be found in USA class action lawsuits where hotel owners are forced to buy TVs from specific suppliers linked to the franchise brand, when they could go and buy the same TV online for a much lower price. In these situations, the hotel franchise brand has an agreement with the “authorized” suppliers and receives a percentage of the sales revenue.

So, how can hotel owners be more profitable and exceed guest expectations?  The answer is to find a way.

In our family’s case, we realized our hotel would never be economically sustainable if we went along with corporate renovation demands each three to five years, so we chose to go independent.

For every one of us, there comes a time when we face things that we must do. We cannot do nothing.

We cannot allow the future of family businesses to sink slowly year after year, because each family business represents more than an asset. Each is the culmination of generations of parents, grandparents and great

grandparents who struggled so the current generation could do better. If those who came before us always found a way for us, we have no choice but to do the same and find a way.

So ultimately, what is critical to customer satisfaction and the economic success of our hotels?

Your standards… not their hotel brand standardization.